If before the obsession circled around imprisoned by an idea: the initial representation of the hand and fingers, one thousand and one times reproduced, at times in their ritual and explicit mutilation -as if of some suspended writing they refered- others, appearing on the threshold of a possible mutation, heralded by the shadow of fire that lights up the work like a torch until transforming it and in that way making it disappear, now, the new works that Lidó Rico is showing are orientated in a more allegorically narrative direction in the
sense that they introduce a series of elements that, albeit homogeneous from the point of view of the composition, make explicit a concept of writing dominated by a limit that regulates the different aspects of the work with extreme rigour. Effectively, for one thing the decision on the series of materials: resines, lenses, mirrors, etc., now suggests the poetics of distance, that is to say that they reinvent a place from which the look sacrifices the illusion of natural vision and is orientated by means of tricks and mediation.
From another point of view, the graphic inscription of figurative references on which the work concentrates, suggests a moment of an impossible story, substracted now under the guise of optical impresion or illusion, thus transfering it to the world of dreams or an invented one, a kind of magic serialized story in which the reader never gets to reconstruct the sequence, maybe because this would be impossible.

There has been a constant in the work of Lidó Rico, a concept or aesthetic disposition that does not only mark his language but also orientales it towards permanent experimentation. lt does not refer to the visual distance which I mentioned above; not even that irony that often accompanies his work, always at the limit of such a fragile balance that it could disappear at any moment but rather of an idea of the time of things and his vision.

It is as if he made his own the “c’est le desastre obscur qui porte la lumiere” of Blanchot and that he ends up lighting premontorially, as if the instant of the representation were some threat. It is the look that borders the abyss and that, not even in dreams, recognizes a safe place. It must be because of this that Lidó Rico insists on the interior fragilness of the work and its representation. There is no safety system at hand. And when the writing becomes more narrative, the mediation of the trick appears, either graphic or material, as if wanting to point out the distance. If not, what else would this series of barroque, illusion·like devices that play at making transparent and veiling, want to mean, in a kind of offering and occulting, like the brief moments of “Wunderkammer” or optical chamber, a story told. The protection of the lenses comforts us facing the illusion and inspires once again that scepticism
that does not exactly love the evident.

Perhaps this is the ethical lesson of Lidó Rico. Walter Benjamin had noted it in the Barroque drama: “AIIegories are to the realm of thought what ruins are in the realm of things”. This writing of what once was or what now cannot be recreates a labyrinth of moments and illusions in which the loss and dispersion of the unity of the world or the story drift towards a form of allegorical representation that, as we already know, is the inaccessible soul of things and rules the discoursive system of the modern. lt is precisely the allegorical that produces the surface line of the fragmentary, it is its discourse. From here, this escape and representative passion, gesture, delirium, invention of infinitive forms, that, together make up another order of things in which -as if it was about a hall of mirrors- the look gets lost without any recognition of the truthful. What we have left, it is true to say, is the solace of the vision itself, suspended here by the offering hand that Lidó Ricó recreates and installs over and over again as an allusion to this work. Perhaps not all art is representation. 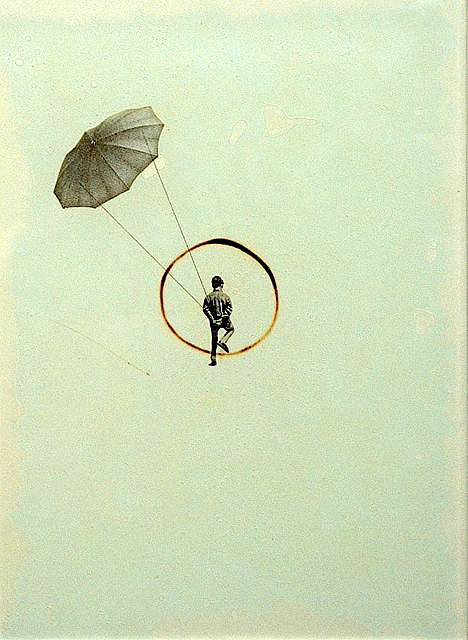