LIDÓ RICO: DIALECTICS OF THE BODY

Jesús Segura. 2017
Artist and Lecturer at the University of Murcia

In the work of Lidó Rico, the performative and the gestural come together in that initial battle with plaster and polyester resin, where a certain mysticism dominates the creative process. The result is an explosion of the fragmented body, exiled from its absolute.

Emerging like fossilised spectres of excess, the shattered bodies take possession of the space, which we now find unsettling and disturbing. Occupied by fragments, the play of gazes and associations between them, it draws the viewer into the scene. We ask ourselves, not without a certain irony, whether the artist is perversely calling on us to immerse ourselves in the painful ecstasy of the human condition. In other words, in an elliptical manoeuvre, he transfers the mystic ritual of his creative process to the physical and experiential space of visitors viewing his work, conferring its enigmatic intersubjective status on them.

In a way, the human condition, with its splendours and miseries, has been and remains the pivot around which his creative attitude turns. However, the concerns and commitments that Lidó Rico’s artistic career has contemplated are many and varied.

Employing a strategy pervious to a range of issues, Lidó Rico has developed a reflective and critical nexus around the idea of “truth”. There is a kind of dialectic between intervened object and inserted language that gives rise to an “environment of sensibility” in which that “ecstatic truth” Herzog referred to is activated, and which involves infusing the object with an air of fantasy that makes it possible to establish a dialectic of reflection where the viewer’s gaze creates the possible conditions for any event to be narrated in the pieces. In this sense, Lidó Rico’s work must be seen as a decisive commitment to understanding the complexities and contradictions of contemporary individuals.

Exploring the interstices of his sculptural installations brings into play elements that develop variables based on pairs of opposites: inside/outside, memory/imagination, public/private, honesty/corruption, etc., where the viewer is called upon to perform a dialogic deciphering of the enigmas presented to us through the inclusion of a perpetual antagonism with which we have to live, negotiate and grow. This antagonism is part of our own existence.

We are living in an age of acceleration (Rosa, 2013) characterised by a “contraction of the present”, energising and impoverishing the existence of contemporary individuals at every level. People currently wander aimlessly with the sole object of reproducing their structure so as to create a loop of constant feedback. This way of visualising modern life is taken up by Lidó Rico to suggest experiences full of meaning, experiments that connect diverse, disparate worlds to formulate different prerogatives of living.

This metaphysical approach to objects developed in Lidó Rico’s pieces gives them a strange quality, turning them into objects of knowledge that make us think about the contemporary human condition. So it is therefore a matter of subverting the regularity of the relentless, repetitive flow of time to set up stagings of the body, critical platforms that intensify the perceptual, lived experience of the contemporary subject. In this respect, Lidó Rico’s works operate, above all, through a psycho-social internalisation that deploys an atmosphere of unease and strangeness in which the precariousness of contemporary ways of living are starkly and openly exhibited. However, it is important to note that we are not dealing with works that seek to pontificate or to set out a facile litany of ways of life. On the contrary, they explore the failure of the humanism proclaimed by modernity to articulate a subject, a trans-human individual. His commitment to scientific projects arises from his extreme interest in what Foucault (1976) defined as “life” and “the living” and the possibility of articulating new forms of knowledge through art.

The construction of dialectic spaces between reality and fiction developed in Lidó Rico’s work introduces a range of narrative procedures. These are shaped in the editing and post-production process, so that the viewer receives the work re-processed, re-elaborated and intervened in its degrees of spatialisation between past and present, and thus they articulate variables of meaning that re-actualise memory. Lidó’s strategy involves applying those alterations of concepts referred to by Koselleck (2001), or the notion of nomadic, travelling concepts expressed by Mieke Bal (2009), which encourages interdisciplinary procedures through conceptual fluidity and shuns programmatic methods. It is interesting in this connection to recall the idea suggested by Didi-Huberman (2005), where he speaks of the very fact of remembering as an act of reconstruction in itself: in other words, as an anachronistic act. What I mean is that Lidó’s creative process is articulated in a fragmentary way and is formed reconstructively from “pieces” of bodies struggling to acquire an existential meaning. It is through this anachronism that Lidó Rico actualises a programme of perception and memory, where he speculates with forms and times and their critical rules, by developing an interaction with the viewer in which predetermined values and roles are questioned through self-reflection. He immerses viewers in the cognitive processes associated with their memory and shapes a process of artistic creation that deploys and calls into question the textual/rational and the intuitive/visual within parameters that produce thought.

Applying perceptual and sensory patterns that enter into a dialogue with prevailing visual canons, with the enigmatic and the strange, with concealment/disclosure of meanings and with the precariousness and fragility of the social subject: these are the lines of work explored in his art.

This is therefore art for grown-ups, where we have to be prepared to recognise ourselves in our precariousness. It is art that takes the measure of our own existence and interrogates us about it. In short, it is art that speaks to us of our failings as human beings. 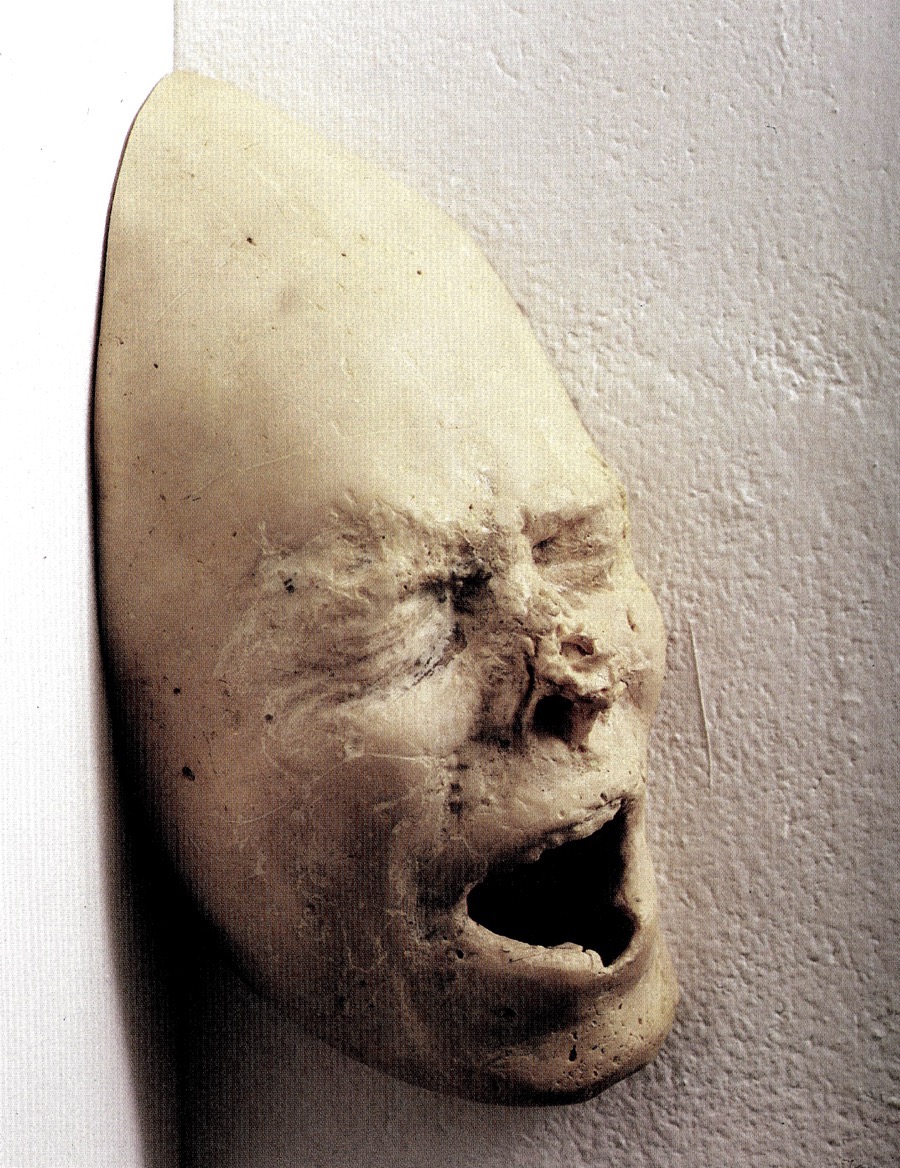